Looking at Kagurazaka from Shinnai Alley (25)

Poland and Japan have a historically long relationship, and Poland is known to be a country that is pro-Japan. Therefore, the Poles admire Japanese culture and study it seriously. The Polish and Japanese people are said to have similar temperament and sensitivities.
I remember that, from the moment that I arrived there in 2011, I felt this, and I had a strong feeling of friendship.
Perhaps because of the particular works that I had selected to perform, the audience, which was 99% Polish people, seemed to understand the shinnai stories, even though there were no subtitles. I realized this when talking with members of the audience at the reception after our performance.
Andrzej Wajda, the world-famous film director who passed away in 2016 at the age of 90, was known to be a Japanophile. We were told that he had very much looked forward to attending our performance in Warsaw and had been disappointed when it was cancelled. Instead of the director, his wife came to our concert in Krakow. We were very appreciative when she told us that she had enjoyed the performance very much and praised the performance. 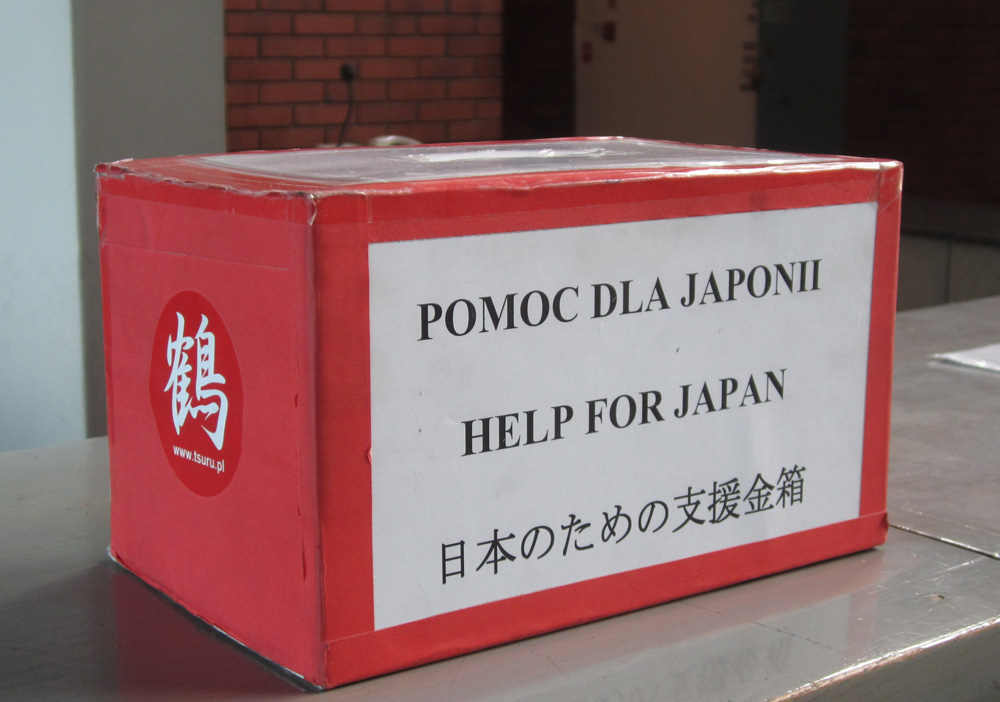 The Krakow performance was held at the Manggha Museum of Japanese Art and Technology. There, a collection box was set up for donations to those affected by the Great East Japan Earthquake and Tsunami Disaster. More than 300,000 yen was collected.
Most of the members of the audience were students and other young people who must not have much money, but even so, they gave generously. I was very much moved by their warm-hearted gesture.
After our encore, I made a brief speech in which, on behalf of the people of Japan, I expressed appreciation for the donation, and I promised to give the money to people in the area affected by the disasters or to support organizations. I also promised that when restoration of the affected area had begun, I would return to Krakow for a thanks performance. My speech was followed by prolonged applause. I made up my mind that I would definitely come back…
The previous evening, we had been invited by the U.S. Consul General to a reception at his residence. The Consul General’s wife, who was Japanese, had invited us for dinner. Our whole group attended. Her original plan was to hold the dinner only for our group of eight, but more than fifty famous people from Krakow who had heard about the disasters in Japan also attended. The Consul General spoke about the current situation in Japan because of the disaster and said, “Let’s support the reconstruction of Japan.” He asked the attendees for donations. I gave a brief speech of thanks and, to show our appreciation, we performed shinnai and Japanese traditional dance, and also had an artist play the shakuhachi.
We knew that people all over the world had offered support to Japan. But in Poland, I felt especially strongly that the Poles were worried about Japan and sympathized with us at this difficult time.
While we were in Krakow, we had another unforgettable experience. After our rehearsal, we returned to the hotel from the venue by taxi. When I tried to pay the driver, the man, who was probably in his forties, said, “Because Japan has experienced a terrible disaster, I won’t accept your money. It is my way of supporting Japan. Please work hard to reconstruct the affected areas.”
For a moment, I was speechless. One of the women in our group cried. What a warm-hearted thing to do! It was by no means an ordinary thing. If I had been in his position, could I have made such a warm-hearted gesture? Would I have been able to convey my feelings by making a donation?
After we thanked the driver and got out of the cab, I was ashamed, comparing myself to this kind driver who could not be a wealthy person. My view of my life was changed a bit by this experience.
This moving experience remained alive in my memory. After I came back to Japan, I told many people about it, and everyone was impressed. It was also included in a newspaper account of our experiences in Poland.
After our trip, I gave the funds that had been collected in Krakow to the editor of the Tokyo Newspaper (Tokyo Shinbun), and he had them sent to the disaster area. I reported on this outcome to the Japanese Embassy in Poland and the Manggha Museum in Krakow.
The following year, I went back to Poland and gave the thanks performance.