Looking at Kagurazaka from Shinnai Alley (22)

My job as a Special Cultural Envoy began. The first thing to do was to find a place to stay. It had to be suitable for an extended stay. I asked the Japanese coordinator whom I’d hired locally to take care of the necessary arrangements. The first place we were lodged was so terrible that we left immediately and changed to another place. From the beginning, we had various problems. Somehow, we were able to settle down.
Then we had to get a rental car. This, also, was not easy to do. Because we didn’t keep the same car for our whole stay, we had to take a bus to the rental office each time we needed a car. Many of the rental car company’s office staff were immigrants, and their English pronunciation was difficult to understand (according to my American student, Tsuruga Isefani). Each time, renting the car was complicated, but we managed to arrange the rentals, and I drove everywhere. 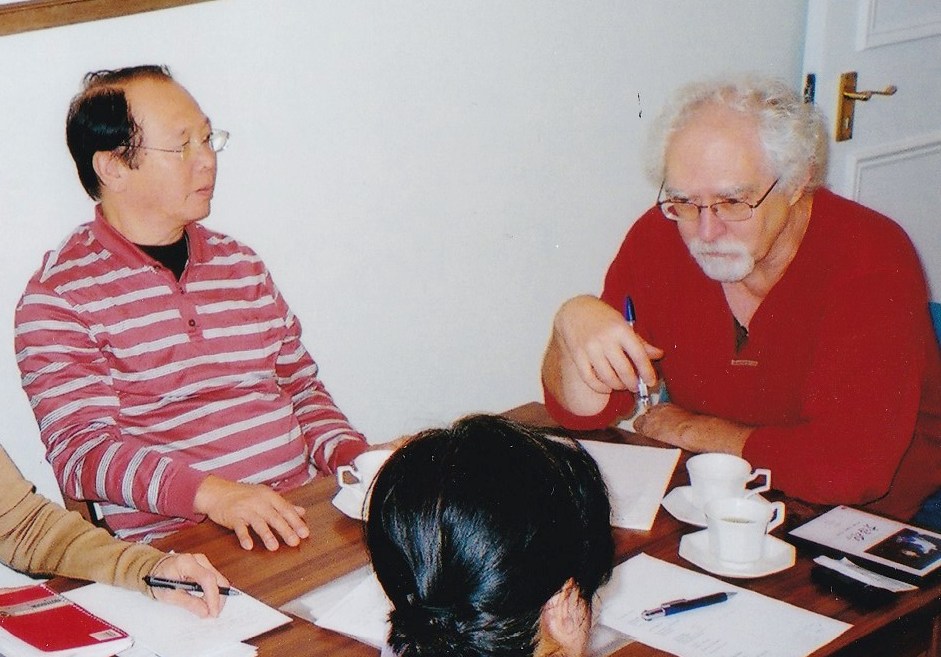 My performance at SOAS (School of Oriental and African Studies) University of London was a success, with a full house and many people standing. First, Dr. David Hughes, Research Associate in the Department of Music at SOAS who had lived in Japan, gave a broad presentation about Japanese culture. After that, Prof. Timon Screech, a specialist in Japanese traditional culture, gave a detailed background about the Edo Period, explained how music like shinnai came to be created, and summarized the 300 years’ history of shinnai. I was impressed by his excellent commentary, and it was very helpful.
This fantastic introduction created a good atmosphere for the audience to hear my performance of Rancho and Sekitori Senryo Nobori. After my performance, as usual, there were many questions. One of the members of the audience asked about gender equality in the shinnai stories. I answered, “Always, everywhere in the world, it’s men who are bad, isn’t it? I’m sorry…” I got a big laugh. The relationship between men and women in stories is a universal concern, regardless of whether the audience is Eastern or Western. 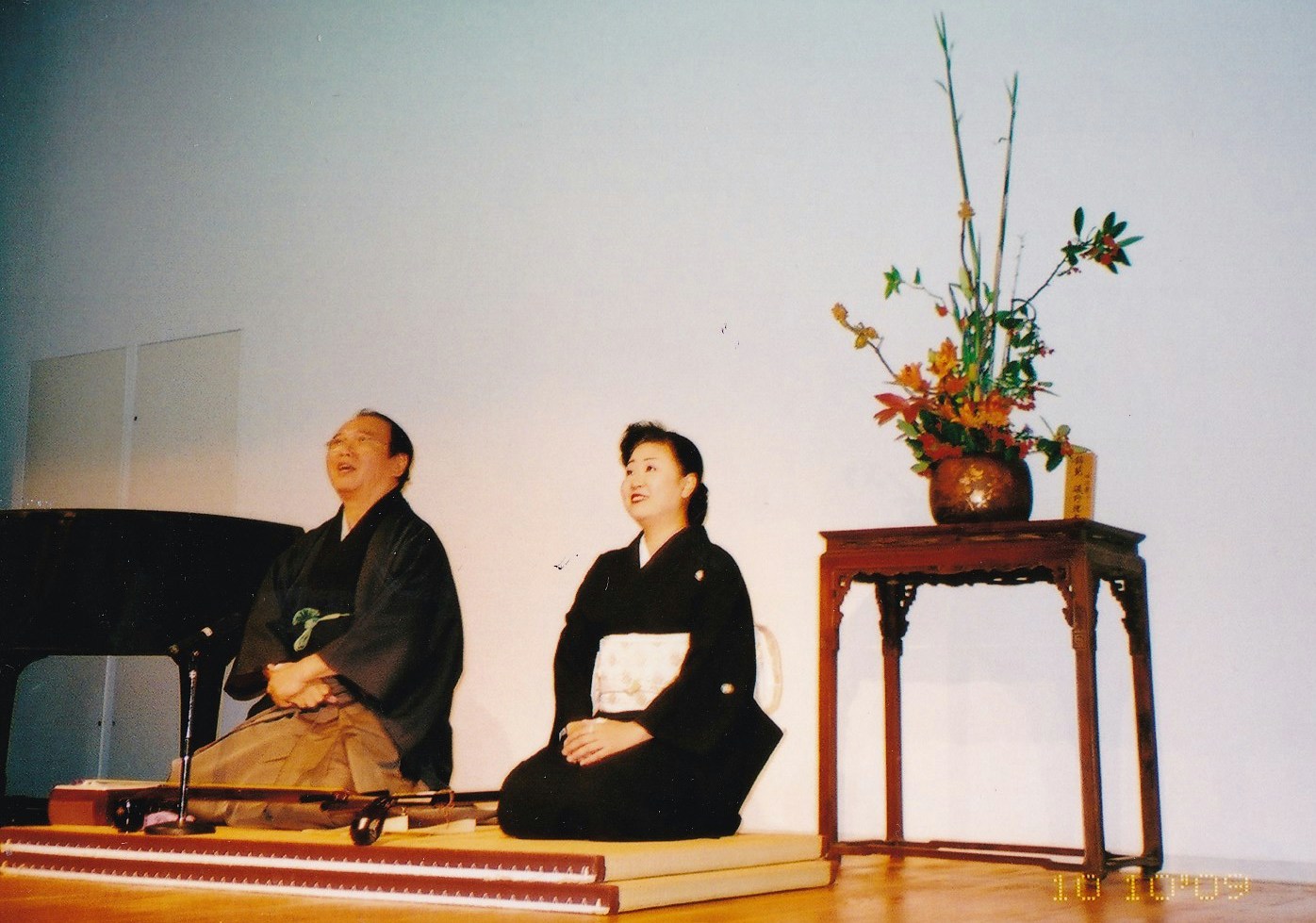 At the Kaetsu Center, Cambridge

I conducted a workshop for 10 students in the Ethnomusicology Department at Goldsmiths, University of London, prior to my performance at Goldsmiths. The students were music majors. Even though this was the first time that they’d tried to play the shamisen, many of them were quite good at it. They asked professional questions, which made the workshop especially enjoyable for me. I had a dream that young people like these would feel the charm of shamisen music, become interested in the shamisen, take lessons, and perform, and shamisen music would become more popular… After the workshop in the afternoon, there was a shinnai concert for an audience of around 60 people in an old auditorium at Goldsmiths. I performed two works; the audience listened attentively.
Other places that I went to in England included Purbrook, Eastbourne, the Kaetsu Educational and Cultural Centre in Cambridge, Durham, the Heritage School, and the Japanese Saturday School in London

The Japanese School, which serves children of Japanese living in London, has classes only on Saturdays. The students range from elementary school through high school. They study the Japanese language in order to maintain their ability in spoken Japanese. In the school building, the use of English is strictly forbidden. In the school, traditional items such as folding fans, kokeshi (wooden dolls), paper lanterns, and Daruma dolls are displayed. After I gave some explanation about the shinnai genre, I performed Hidakagawa Iriai Zakura for around 150 pupils, students, and their parents and guardians. After the students gave me a souvenir, I made a speech in which I told them what I felt was most important for them to hear. 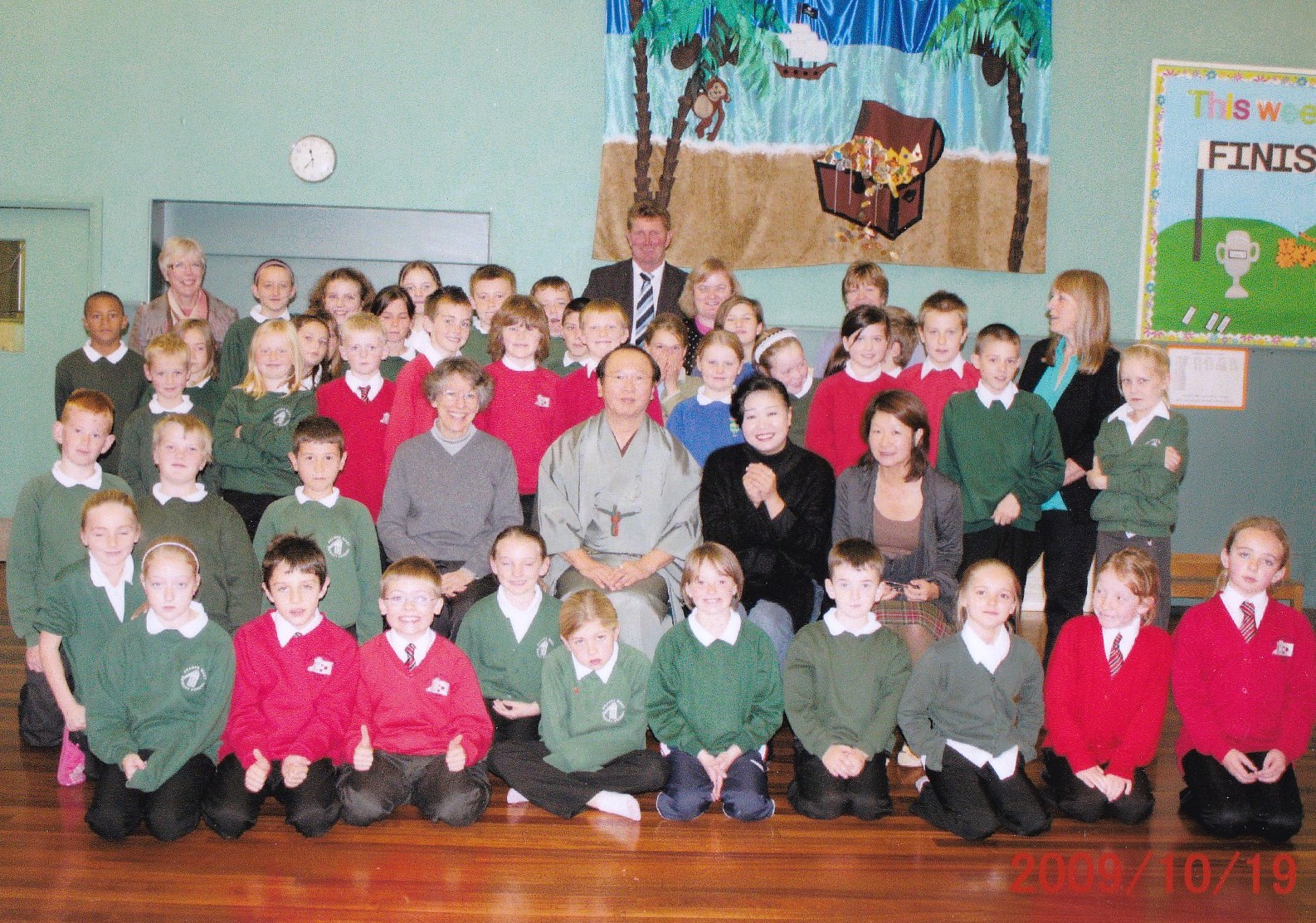 With participants in the shinnai workshop, Durham

I said, “Maybe you think that you are international people because you can speak English. But if you have that idea, it’s a big mistake. Simply speaking in English doesn’t make you a truly international person. You should start by knowing your own country well, acquiring knowledge about it from a serious study of Japan’s history and culture. I know a lot of Japanese people who don’t know anything about the Japanese traditional arts and are embarrassed when they can’t answer questions that people from other countries ask about them. When you study your own country and understand it, you will then have the imagination necessary for understanding the people and cultures of other countries. That’s what makes a truly international person. With pride and confidence because you are Japanese who have a wonderful tradition, then, as international people, you can fulfill the mission of disseminating Japanese culture to the world and promoting mutual understanding. Once again, let’s review and reconfirm Japan.” When I got back to the waiting room, the principal thanked me, saying, “Thank you for saying what I can’t say.” I wasn’t sure whether I should feel pleased or unhappy…
After I returned to Japan, questionnaires completed by the students after this event were sent to me. I enjoyed reading their comments. For example, some said that after being exposed to the Japanese traditional arts for the first time, they were moved by what they had heard or had a new interest in the traditional arts. Others said that they were ashamed of their ignorance of Japanese culture. And others said that because of this event, they had a renewed pride in Japan.